​PRESIDENT: Ryan Hutchins
​Ryan Hutchins is a Junior studying finance through the UConn School of Business. Ryan did four years of mock trial in high school and helped his team reach the Massachusetts high school mock trial sweet-sixteen championships. This past summer, Ryan had internships through the Worcester County District Attorney's Office and the Massachusetts Attorney General's Office. When he isn't writing an opening or filing funding paperwork, Ryan likes to spend his free time studying or tutoring middle school students, hiking and listening to Taylor Swift. After leaving UConn, Ryan has career plans to go to law school and then do something within the field of law! 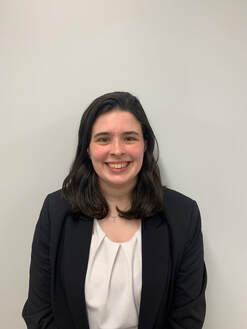 Julie Reidy is a Junior Statistics and Political Science double major through the UConn College of Liberal Arts and Science. In her work as Vice President, Julie acts as the internal affairs person of the team, prioritizing member wellness and organization growth. In her two years on the team, Julie has worn many hats, being both an attorney and witness on both sides of the case, in addition to giving both opening statements and closing arguments. Before college, Julie started her high school mock trial team after she had internships in the Worcester County District Attorney's Office and the Worcester County Family and Probate Court. When she isn't doing something mock trial related, Julie works as the UConn Learning Community Executive Council Recruitment Chair, organizing Open House and Accepted Students Day presentations. After graduation, Julie plans to go directly into the field of Data Science. 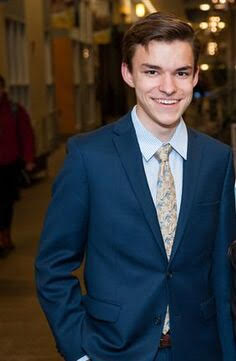 Jack Bergantino is a Junior economics major through the UConn College of Liberal Arts and Sciences. When he is not doing mock trial or organizing for the New England Classic, Jack spends a lot of time studying as he is a member of the UConn Honors Program, where he facilitated a first year UNIV class, a member of the Special Program in Law and he participates in a tutoring program for disadvantaged elementary school students. He also interned for Congressman John Larson and will intern this spring at the Connecticut Office of the Attorney General. After college, Jack plans to go to law school and pursue a career somewhere within the field of law.

Spencer Buckley is a senior Anthropology Major and Political Science and History Minor through the UConn College of Liberal Arts and Sciences. In his duties as Public Relations Officer Spencer keeps the UConn Mock Trial Society website up to date, manages the teams social media, and organizes fundraisers. When not performing his Public Relations Officer duties Spencer is active in the attorney role on the club, typically on the defense team. Spencer has internshipped at Dombroski Knapsack and Hillis where he worked hands on in the legal field even writing a Motion to Surpress evidence that was not only used but successful! Outside of the legal field, Spencer also has a passion for sports, both real and fantasy and is the biggest New York Yankees fan you can find. He is a proud 2 time winner of his home fantasy football league. Spencer plans to go to Law School next fall and pursue a career in Criminal Defense.
Powered by